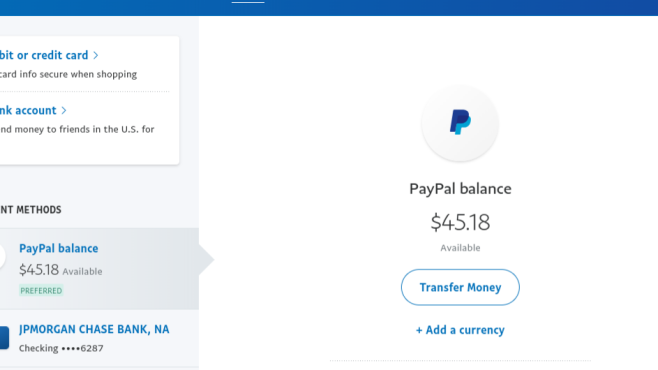 Posted on March 3, 2019 by simplesweetspot Posted in eBay Challenge, Financial

It’s time for the eBay challenge final update. To recap, as part of our continued downsizing effort, we’ve decided to sell our extra possessions on eBay. Even though we live in 200 square feet, and downsized in our last two moves, we still found ourselves with extra stuff. We were curious to see how much money we could make, and after netting $72.97 in February, we started setting goals for each month. Sometimes we surpassed them and sometimes we came way under. We embarked on this challenge in February of 2018, and have been at it for a little over the year, posting updates along the way:

At the end of September, our total for the challenge was $999.36. In spite of setting an October/November goal, we failed to list a single item. We resumed selling in December, with a goal of $60 for the next two months. The two questions are: Did we reach our goal? And did we break a $1000?

The latter is not really a question, spoiler alert: I gave it away in the title. Cue the balloons- we made over a $1000 in the challenge. We sold a JCPenney gift card with an $8 balance, two Victoria Secret scents that were part of a larger package, a Boy Scout canteen, an Alice in Wonderland themed belt buckle, and a pocket knife.  Our total for December was $45.18, and while not quite $60, it makes our total for the year-long challenge $1,044.54. That’s quite a chunk of change! How did we do it and what did we learn?

It might not seem that way, but we’ve sold some crazy things, including Mr. SS’s 16-year-old tap shoes, Volvo hubcaps, coupons we got in the mail and a weird vintage souvenir “mini-bar”. Mr. SS even sold some of his broken watches, and people bought them for parts. It’s amazing what will sell. At the very least, if you’re thinking of throwing something out, check its price on eBay first.

This one is a no-brainer, but if you have stuff that is actually worth something, flipping it for cash is easy. Our two highest priced items were a used generator, which we sold for $275 and a set of old coins we sold for $130. At $405, these account for 40% of our sales.

If you do the math, that means that 60%, or $639.54, came from small everyday items. This included wallets, jewelry, a dog crate, Scooby Doo collectibles, air conditioners and the aforementioned coupons. Yes, we did make more money at the start of the challenge, and as we sold off our more desirable items, our profits grew smaller. But they still added up!

We originally called this the eBay challenge, but ended up selling things via Craigslist as well, which is easier with larger items, such as the dog crate and the generator that would be cost prohibitive to ship. We sold a couple of things to the local pawn shop and an air conditioning unit to a friend of a friend. Different platforms work for different items, so it’s best to explore them all.

If you’ve met me, via this blog or IRL, you’ll know I can get really into challenges. And when there are objective goals with numerical values attached… well, I can get crazy competitive even when only competing against myself. It really bugged me when we failed to meet our goals. I had to take a step back and realize that while we’re working on other projects and side gigs, this challenge would have to take the back burner. But when we’re making additional money, it seemed unrealistic to push yet another thing. In the end, we did what we could, when we could, and I’m proud of our final number.

If you’re selling to get out of debt, feel free to ignore this advice. But if you’re selling to downsize, don’t be greedy. Give stuff away if you think it’ll add value to somebody else’s life. Since we were selling instead of donating, we also decided to give away 10% of our profits, so $104 will be going to Givewell.org.

You’d think by now we’d be done with our downsizing and have no more excess, but you’d be wrong. We still have things to get rid of, including at least one big ticket item, so we’ll continue selling stuff on various platforms in the foreseeable future. We won’t set monthly goals, but as we come across items to get rid of, we’ll list them and see what happens. Our eBay challenge was a very fun experience, and I would recommend trying it for a year. The results may surprise you.

If you’re curious about what exactly we sold, check out the chart below.