A 2’ length of pipe. That’s what I was given for self-defense when a string of robberies terrorized several late night convenience stores in the area. I was 17 years old, working my very first job as a cashier at (you guessed it) a convenience store. I worked the late shift and I typically worked alone. When my bosses gave me the pipe, I put it under the register, but I didn’t quit. When I was asked to work overtime, but log it onto next week’s hours so it didn’t cost them overtime, I didn’t quit. Let me make it absolutely clear, in the same set of circumstances I would absolutely quit right now. Also, this story has a happy ending as I managed to both not get murdered AND pay my first college tuition check with money I earned myself. But the point of the story remains- why didn’t I quit?

I could come up with many answers, including the fact that it was the only place hiring within walking distance from my apartment, or that I just spent almost $300 on a work permit (I was not a citizen at the time). The truth of the matter is, I simply wasn’t raised to quit. Few of us are.

Surely, you can blame the above incident on my young age and lack of experience. Fast forward quite a few years to graduate school. Mr. Sweetspot and I both got into a competitive program in different fields. From the start is was clear that his program was a mess. We were both doing theatre work that summer (which is was our focus) and were under the impression that this activity was encouraged by our programs. We cleared this with faculty advisers, since we weren’t going to be back for the first 2 days of orientation. So it was quite a surprise when Mr. SS was almost kicked out of the program for his absence, day one! From placing students outside of their area of interest to  mandating assigned employment on campus, even forbidding any outside activities (one student was banned from participating in community events and church activities) the program had a lot of issues. And it still took him nearly two years to finally quit. Which honestly happened after half of his year was kicked out of the program and he was faced with the reality of leave on his terms, or theirs. By the end of two years, voluntarily or not, his entire class was no longer enrolled in the program…a sure sign of a broken system.

And it still took him that long to quit. Why is quitting something so hard?

1. We are conditioned by society.

Whether it’s school, your parents or media and entertainment, you can’t bypass the value of “sticking with it”. I’m sure we can all imagine a purely hypothetical sitcom episode where a small child, let’s call them Tichelle Manner, wants to quit the soccer team after a bad day, but her hypothetically charismatic uncle talks her out of it. Michelle…erh…I mean Tichelle sticks it out and she has a lot of fun, makes all kinds of new friends and scores goals left and right. Bobby, who sticks with math turns things around and instead of needing to stay in summer school he is Captain of the Mathletes. Our parents know these too, and use them whenever we wanted to quit piano, ballet, basketball, crafting (ha! That’s too much, who’d ever quit crafting?!). From all these sources starting at a young age we are conditioned that “sticking with it” equates success. 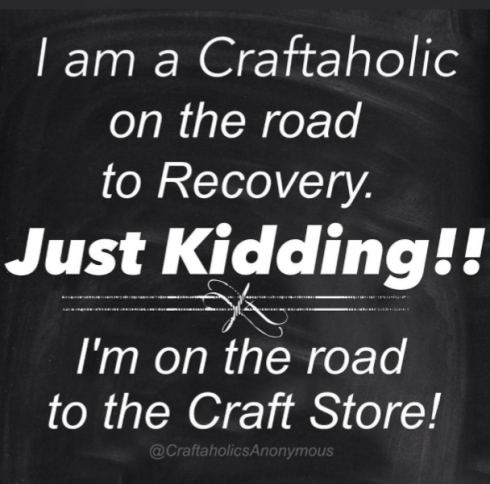 Anything you want to try out is going to cost you something, even if it’s just a bit of time. The more resources you spend on something, the harder it is to let go. For instance, the graduate school example: even if Mr. Sweetspot quit on the first day, he’d still be out all the time and money for applications and interviews, not to mention relocation fees, such as moving across country, rent, plus one more months rent plus deposit… we’re talking thousands of dollars. This will be even more if you’re considering quitting a job. However, how much more can you sink into this endeavor? While quitting right away would have been expensive, quitting a year and a half later cost a lot more.

3. We worry about being viewed as a failure.

Since we are conditioned to perceive “sticking with it” as success, the opposite must be true as well. If we give something up, we are failing. It just takes a second on social media to realize that the story of failure is not the one we’re interested in telling to the world. We are social creatures who seek approval, and quitting doesn’t get that.

4. We believe in the American Dream.

“If I work hard, I’ll get noticed, I’ll get promoted.”,  “If I stay with it long enough, good things are bound to happen for me.” “Right?!” Unfortunately, it doesn’t always work that way. Sometimes we hit a wall, or a dead end, or a glass ceiling, or, like in my story, we’re just in a bad situation to begin with. You must ask yourself: is the reward worth the price? What is the actual reward obtained when we completing this task. When will that, realistically, happen? Why do we want it in the first place? Can we get it some other way?

This is not a quitting manifesto. There are many things that you shouldn’t quit. This is a call to trust your gut. If you want to quit something, and your reasoning feels valid- DO IT! Don’t wait, because you’re scared. Be scared of what happens if you don’t quit. If you stick with something, that’s not good for you, just for the sake of not quitting, are you really better for it? How often I have heard people say “Yeah I quit (X, Y or Z) and I should have sooner.” We can get that time back, so contrary to popular belief, sometimes, Mama was wrong, she should’ve raised a quitter, at least “Mama raised her child to value their self worth, accurately assess a situation, trust their gut and, ultimately, when the situation warrants it: QUIT!

Mama didn’t raise a quitter? Here’s another old adage: “Quit while you’re ahead.”

What have you quit? How did it go? What do you want to quit? What’s holding you back?

4 thoughts on ““Mama didn’t raise no Quitter”- a case for quitting.”